Still I Am a Four

Wherever there is a church staff away on retreat, there is probably also a packet of personality tests waiting to be taken: an Enneagram measure, a Myers-Briggs Type Inventory, a Kiersey Bates Personality Sorter, something of that ilk. Whether it be at campsite in the woods, a retreat house in the mountains, or a great house near the shore, staff members seem to enjoy taking these. They find themselves surprised by their individual results and pleased to have prompts for genial conversations about how different we are from one another.  People are usually encouraged to accept themselves on these retreats – and encouraged to accept others, as well, in the spirit of open embrace.So it goes, generally for the span of the retreat. Re-entry tends to pose the real challenge. When people return to the workaday world – to the newsletter deadline, the church politics, the vexing colleagues, the annual pledge drive, the fussy copier – that open embrace is replaced with crossed arms and maybe a tapping foot, too. We have much less patience with others and additionally, a disappointed sense that we are no longer those saints we were while we were off site and away on retreat. We wonder where all those open-hearted people went.

Is it possible we left them behind at the ferry landing? Several summers ago, I took my first Enneagram measure sitting out on the wide porch of an island house, not too long after I disembarked from the afternoon ferry. Nearly everyone else on this church staff had done it before, and they already had their number assigned, One through Nine, depending upon which of nine personality points their assessment most closely approximated. They rarely subjected themselves to repeat assessments. It was an inexact science, the Enneagram, if it could be called a science at all.

My tallied score classified me as a Four. According to assorted Enneagram experts, the Four is known variously as the Artist, the Individualist, the Innovator, the [Tragic] Romantic, or the Symbol Maker. However, the senior minister was dissatisfied with my results and requested that I take the test again, which I did, scoring as a Four yet again. This result was met with considerable consternation. The senior minister (a One, if that is the least bit relevant) insisted that I was too much like his wife, an Eight, to not be an Eight myself. To settle the matter, he declared that I would be considered an Eight evermore.

Back at home, my pastoral counselor denounced the senior minister’s conclusion. I was not an Eight, he explained, but neither was I a Four; I was really a Six, just as he was. Thoroughly confused, I completed several questionnaires and was repeatedly pronounced a Four – a number, incidentally, that I found satisfactory enough. Then I consulted with one of the lay leaders at the church where I worked, a facilitator of Enneagram assessments; he recoiled when I told him my tale of Fours. “You cannot be a Four,” he said, plainly in shock and dismay. “There must be some kind of mistake.”

“Because the ministers in this denomination are not fours,” he replied. “That just does not happen.”

At this point, I simply scrapped the Enneagram altogether. Throughout my ministerial formation and ordination process, I was assigned a jumble of number and letters, an endless string of taxonomies meant to describe my style of spiritual practice and religious leadership. A few were meant to disqualify me; only a fraction of them were helpful or even informative. Frankly, I had almost entirely forgotten that I was a Four – until a recent conversation I had with a student enrolled at the seminary where I worked.

This young seminarian, like most young seminarians, was convinced that he did not belong at this bastion of theological study. There was no rightful place for him there. He asked me if I was familiar with the Enneagram and I allowed that I was. “Everyone here is a One or a Three,” the student told me confidentially. “Seriously – they are all either Ones or Threes, every last one of them. And – “ His voice dropped, as if he were confessing a shameful secret. “I am a Four.”

“Ah, well,” I said, adopting my most casual tone. “I personally know some very fine Fours.”

But he resisted any facile consolation. Fours were effectively the outer-space aliens of systematic theology and religious leadership, that type perhaps speculated upon but never demonstrated to exist, the innovative individual with an artistic bent, romantic sensibilities, and strong aesthetics. How could a Four be expected to speak of standing faith commitments? The type was almost universally disavowed, and this student understood that. I guessed he had been on a few church retreats himself. He was not consoled by my patter until I finally disclosed that I was a fellow Four.

“Really?” he asked, at once disbelieving and relieved.

“Yes,” I told him. “Besides, is that really the worst thing, for us to be what we are?”

Here’s message too many of us receive in our spiritual communities: by all means, be what you are, but please – within reason. Be straight. Be asexual. Be feminine. Be manly. Be extroverted. Be demure. Be enthusiastic. Be cautious. Be scrupulously conservative, or else be tirelessly liberal. Be practical. Be idealistic. Be assertive. Be accepting. The messages themselves may vary, depending on whether the community identifies itself as traditional or progressive, but their messages carry the same crystalline clarity. Differences are usually celebrated across what turns out to be a pretty narrow band. We may tolerate diversity at the level of demographic categories, but at the level of deeper issues? We are not only supposed to think alike, but we are also supposed to feel similarly about matters at hand. 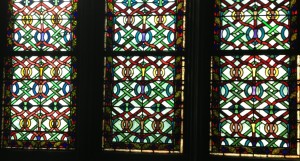 All Shades in the Spectrum

Count me as an Eight, call me a Six if you must, but I am nevertheless a Four, and I know it. That fact has not marred my career in ministry , although there is still time for that, I admit. Mine may be a minority report from inside organized religion, but I believe that it retains its own validity just the same. I’m not a sincere subscriber to the Enneagram and its methodology, any more than I am a big believer in astrology. But I think that both provide people some descriptive framework to articulate something they suspect is true of themselves, and so I listen as only an Aquarius Four can.

Years ago, for a Christmas present, my stepmother had a distant star named in my honor. Its galaxy is so far away that it would never be visible to the naked eye. Instead it is identified solely by a string of alphanumerics, numbers and letters I never learned and do not recall. In all honesty, though, I’m inclined to give credence to unseen forces exerting their remote influence on us, shaping people and their personalities in ways we fail to fully appreciate, assembling a constellation of characteristics that make up the unique imprint of our distinct selves, all as varied as the stars in the firmament.

We may be born under different skies, but each of us seems to me a necessary placeholder in this expansive universe, a fingerprint of God, if you will, the signature of the primary mover who creates things and then calls them good. I only wish that we did not have to be quite so far away to recognize that.

One response to “Still I Am a Four”